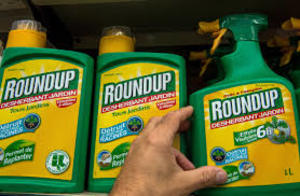 A third US Roundup trial started in California on March 28th. Alva and Alberta Pilliod, both with non-Hodgkin lymphoma, allege the disease was caused by their regular use of Monsanto's herbicides to treat their properties for several years.

On March 27th, a California jury awarded $US80.3 million in damages to Edwin Hardimann, another California resident the jurors found contracted cancer from exposure to Roundup weedkiller. Of the total damages awarded by the jury, $US75m were punitive damages, while lawyers for the plaintiff said the jury “sent a message to Monsanto that it needs to change the way it does business.”

The San Francisco jury’s finding that Monsanto, which the German chemicals and pharmaceuticals giant Bayer now owns, acted negligently in failing to adequately warn about the danger of Roundup was the second setback in Bayer’s efforts to deny allegations that they trigger non-Hodgkin lymphoma and other cancers.

The damages award came after an EU court ruled on 7 March that the EU Food Safety Authority should publicize studies concerning Monsanto’s glyphosate so that in the future independent scientists will be able to double-check the science behind pesticide assessments.

In the second San Francisco trial, the six-person jury in the first phase of the trial reached the conclusion that Roundup was largely to blame for Mr. Hardeman’s illness. While the first phase focused on scientific evidence to determine whether a link existed between Roundup and Mr. Hardeman’s non-Hodgkin lymphoma, the jury in the second phase was to determine Monsanto’s liability.

Jurors heard competing narratives in the second phase on whether Monsanto did enough to test the safety of glyphosate and pass that information to customers.

“A responsible company would test its product. A responsible company would tell consumers if they knew that it caused cancer,” Jennifer Moore, a lawyer for Mr. Hardeman, said during closing arguments. “And Monsanto didn’t do either of those things, adding that Monsanto was driven by greed and urged the jurors to stop the lying, the ghostwriting, the manipulation with its verdict.”

Monsanto lawyer Brian Stekloff countered during closing arguments that the company had studied Roundup and its ingredients for decades. “They did the tests, they provided it to regulators, they stood behind what they did, and they acted reasonably based on all of the science,” he said.

Glyphosate, patented by Monsanto in 1974, is the most widely used weed killer in the world and worth billions of dollars in revenues.

“Bayer stands behind these products and will vigorously defend them,” the company said after the verdict, adding that it planned to appeal and that the verdict had no effect on future trials.

At the first U.S. Roundup trial last year, Dewayne Johnson, a former school groundskeeper, also based in California, was awarded US$289 million after a state court jury found the weed killer caused his cancer. That award was later reduced to US$78 million.

The World Health Organization’s cancer arm, however, reached a different conclusion in 2015, classifying glyphosate as “probably carcinogenic to humans.”

The chemical remains under scrutiny. Before the start of the Hardeman trial, several researchers in the US who once served on a government panel assessing glyphosate’s safety released a new study suggesting people exposed to large doses of the chemical have a heightened risk for NHL. Two of the expert witnesses in the Hardeman case cited the study during their testimony.

Reuters reported that these cases are the first of more than 11,200 Roundup lawsuits to go to trial in the United States as litigation setbacks. The jury verdicts against the company have sent Bayer shares plunging.

When it purchased Monsanto for $63 billion last year, Bayer was aware of the negative image of the company and its Roundup weedkiller. According to data collected by Bloomberg, it seems Bayer estimated settlements of as much as 5.7 billion when assessing the purchase.

Bayer “welcomes science-based discussion with regulators, researchers and the public on the safety profile of glyphosate,' says a statement on the company’s website. To that end, 'all 107 Bayer-owned glyphosate safety study reports that were submitted to the European Food Safety Authority (EFSA) as part of the substance authorization process in the European Union (EU) are now accessible on Bayer’s dedicated transparency platform.'

If glyphosate is finally banned, the concern that remains is that other toxic substances will take its place- unless more farmers and other groundkeepers start changing their dependency on synthetic chemicals for weed control, fertilizing and management. Methods such as organic and biodynamic farming, and permaculture practices that aim for soil regeneration and preservation, intercropping and biodiversity are sustainable approaches that allow farmers to gain control of their business without dependency on toxic agrochemicals. Further research, access to information, and technical assistance to switch large industrial enterprises to these more socially and environmentally responsible practices may make this goal feasible.